Illinois alumni achieve great things and our esports alumni are no exception. Whether our entrepreneurial alumni started out in Illini Esports and have continued in the esports field as a career or have returned to support Illinois Esports now, we want to recognize some of our outstanding alumni! 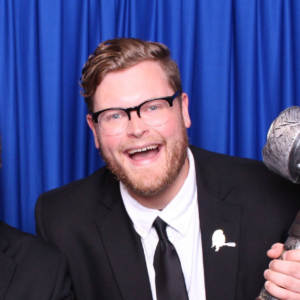 In 2015, Jake Astin and Patrick Benassi co-founded UIUC’s first student organized gaming and esports organization, Illini Esports. During his MBA at UIUC, Jake led IE’s growth and development including overseeing community events, competitive teams and publisher relationships. After college, Jake joined Blizzard Entertainment to continue contributing to the evolution of the college gaming and esports ecosystem.  Since then Jake has worked with schools, conferences and notable corporate partners such as Coca-Cola, ASUS, and ESPN to help establish college gaming programing across North America and South Korea. 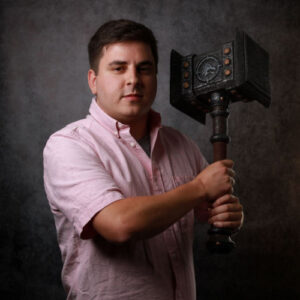 During his senior year at UIUC, Patrick played in the 2015 Heroes of the Dorm  competition, where he led UIUC’s team to the live finals. After experiencing a massive esports event firsthand as a player, Patrick saw the incredible power esports has with creating and establishing communities. As the first President, Patrick contacted and connected the various gaming related clubs to join forces to lay the foundation for Illini Esports. In fall of 2015, Patrick Benassi and Jake Astin officially co-founded UIUC’s first student organized gaming and esports organization, Illini Esports.

After graduating, Patrick joined Blizzard Entertainment as their Collegiate Competition & Operations Manager, where he led and oversaw all Collegiate Competitive programs before taking on the Global Overwatch Open Division program. Since then, Patrick has worked with various publishers to create their collegiate programs from the ground up, and worked with partners such as ESPN, Coca-Cola, and ASUS to help establish college gaming programming across North America.

Today he works as a game producer at Raven Software where his team handles new features and content for Call of Duty®: Warzone 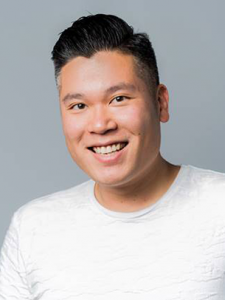 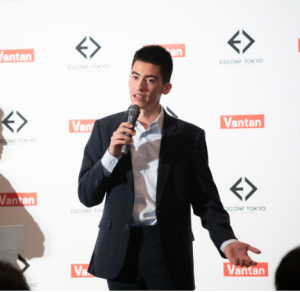 Richie attended the University of Illinois at Urbana Champaign studying Aerospace Engineering from 2016-2018. After a year of being the DotA coordinator for the club, Richie was made the President of the Organization along with David Koruna. Under the tenure of the pair, Open Gaming Hours was established and regular LANs were started. During a year off, Richie was offered a full time casting and producer position with Epulze in Malaysia. Since then, he has been casting events such as the One Esports Jakarta Invitational, ESL LA League and WESG SEA Finals. 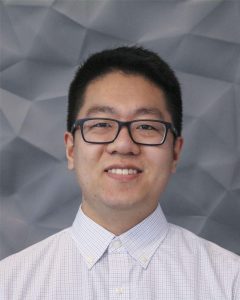 Bill “Libb” Wang was a Computer Engineering student who began playing Overwatch shortly after it released in 2016 and immediately fell in love with the game. Shortly after, he found Illini Esports and became involved in the community and eventually became the Overwatch coordinator. Over the course of his 3 years in Illini Esports he gradually became more and more competitive and involved in esports, and in his last semester began to compete in tournaments with his team of friends. After competing as a player for about a year, the team disbanded, but he continued to work as a coach to pursue his interest in esports and over the course of half a year he joined better and better teams. Currently he is taking a break from Overwatch and is looking to move to the next game to compete in. 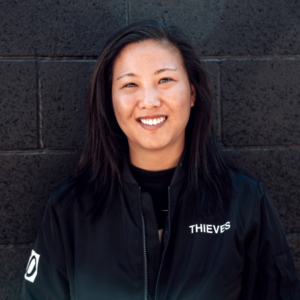 Katie graduated from the University of Illinois with Bachelor’s and Master’s degrees in Accountancy and started her early career at Deloitte in Chicago. After a few years, she transitioned into the esports industry and was hired as an accountant at 100 Thieves, a gaming lifestyle company at the intersection of esports, entertainment, apparel founded by former Call of Duty veteran, Matt “Nadeshot” Haag. She was one of the first 10 business employees hired and has been with the team ever since, working her way up to Senior Finance Manager. Katie has worn numerous hats while at 100 Thieves, but more recently, has focused her efforts on managing the day-to-day accounting and operations.

Janet attended the University of Illinois and graduated with a Bachelors from the College of Media which she soon used to land her first job in the Esports industry with the Boston Uprising, an Overwatch League team. Using both her academic and work experience, she then landed a position at Cloud9 as a Social Media Manager in which she is an amazing addition to their social media team. She is touted to be one of the most delightful co-workers many have ever had! Her bubbly personality and energy will whisk you away. 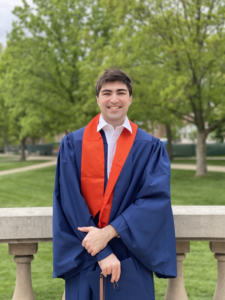 In 2017, Dirk Czarnecki joined the league of legends team as both an analyst and an academy player. After a short stint on the academy team, Dirk focused his efforts full time on helping the main League team at the time. The League team went on to the national championship, achieving a top 4 finish. Between the years 2018 and 2019, Dirk moved from being an analyst on the team to the starting roster. During the 2019 season, Dirk and the team won the Big 10 Conference and achieved another top 4 collegiate finish. Over the summer, Dirk was brought on as the Vice President for Competitive at Illini Esports and held the position for the next two years. Throughout his time in Illini Esports, Dirk played on the League team in a variety of capacities and oversaw competitive esports in the organization as a whole. 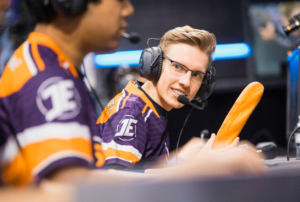 Tj Bjorklund attended the University of Illinois and graduated with a Bachelor of Science in Psychology. During college, he played on the League of Legends team to compete in CLOL, obtained professional experience in Oceania (currently the LCO), helped run the inaugural Cloud 9 Training Grounds camp, and helped with partnerships in IE. After graduating, he went to Illinois Wesleyan University to coach League of Legends, but he quickly moved onto an Assistant Director position at the same school. TJ focuses on applying his sports background to apply many of the lessons from traditional sports into the world of esports with a focus on practical life skills using the vehicle of gaming.